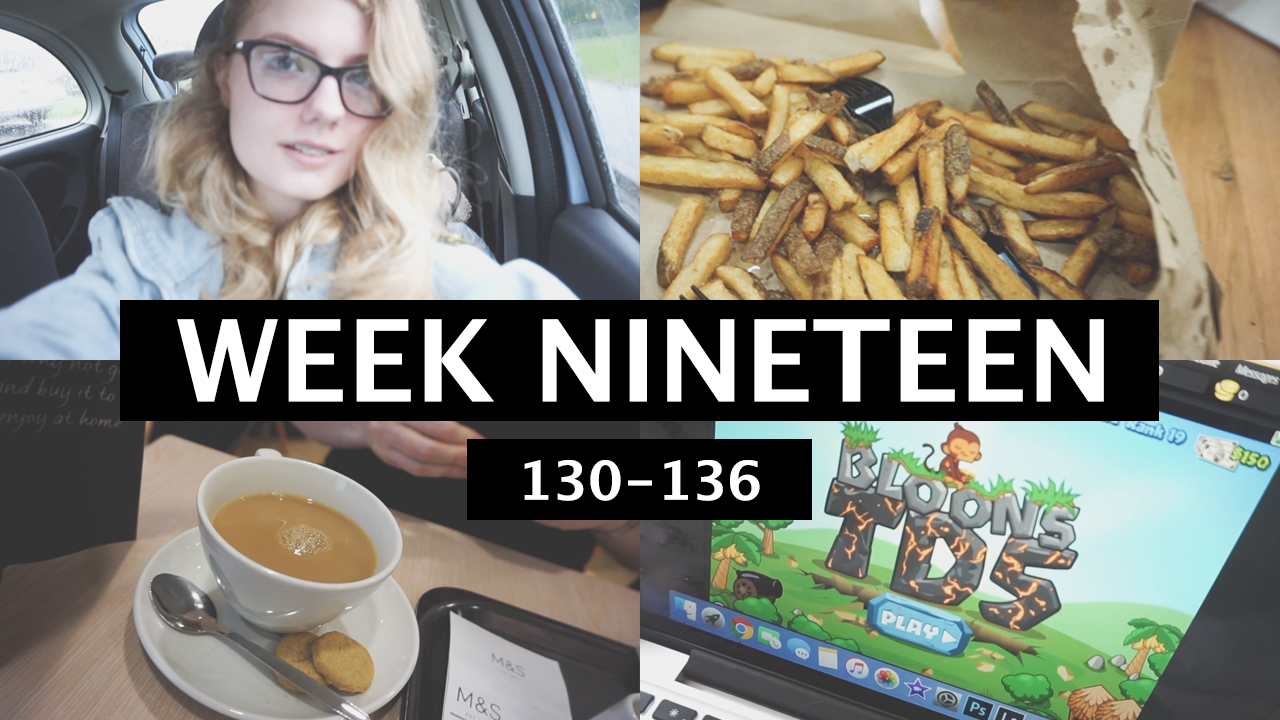 While this week hasn’t been incredibly eventful, I have done a whole lot more than I intended to.

Tuesday started off pretty slow with me waking up and remembering the game Bloons Tower Defence exists and playing it for a (couple) hours but in the evening my bro asked me to take him to mcdonalds and I am really bad at saying no so I did. We also stopped off at the supermarket to get some food stuff for my mum and petrol from the petrol station for my car. Have you seen petrol prices recently!? I so regret not driving more when prices were lower
On Wednesday I went to Fosse Park with my mum to get colour matched to a foundation I really wanted to get. It was really entertaining listening to the lady try to sell me on it. I also got a new nose stud and a few other items of makeup. I’ve noticed people have been mentioning ‘strobing’ recently and when I googled it it just looked like the dewy skin that was popular in sk last year?? i dunno
Later that evening I realised that I had somehow managed to break a band on the bracket and was weighing up the pros and cons of telling my mum and getting it fixed.
#adult

However once I had discovered it it became annoying to me really quickly so I messaged my mum and she sorted out a dentist appointment for me. Thanks mum for doing the phone calls so I don’t have to. I also played a whole lot of Bloons TD5. It is such an addicting game.

Didn’t do anything worth mentioning on Friday but on Saturday I went into Birmingham for a couple hours with my mother. My only friend. lol. On our way out of the station I saw a crêpe place that I couldn’t remember seeing before so we decided the only logical thing to do would be to try one of their crêpes. Very nice. Would recommend. I had Nutella but if you’re not into that they also have some really cool savoury options and also other items on the menu like waffles…but like….. crêpes > waffles
ykno.
I love crêpes and pancakes so sos o so much.
Also got some more makeup because what do u mean I should be saving because I am literally going to Paris to shop on Wednesday!???? oh and got fries at five guys because I like fries.
Later on we finally got our Eurossssss!
THIS IS ACTUALLY HAPPENING!
I AM GOING BACK TO PARIS!
I WILL LIVE OFF OF CRÊPES AND FRIES FOR THREE WHOLE DAY!!!
# NO RAGRETS!

..
Sunday was a pretty quiet day, I spent the majority of it watching youtube videos.

Everything aside, I have actually been pretty unwell this week. On Thursday it was #MEAwarenessDay and on Sunday it was #BlueSunday so I guess the dip in health was pretty well timed. I know I say this pretty much all the time but, I am really fed up with being unwell. I want to do stuff and I want to be able to do it now.
Right now I don’t want to focus on being unwell. Like, yes, this week has been hell. But I have managed to do so much regardless!! +1 vintage Parisian skirt as a reward for me ty.

I really hope you had a good week!
Oh and Leicester won some football thing so….GO FOXES!!!!
–
H