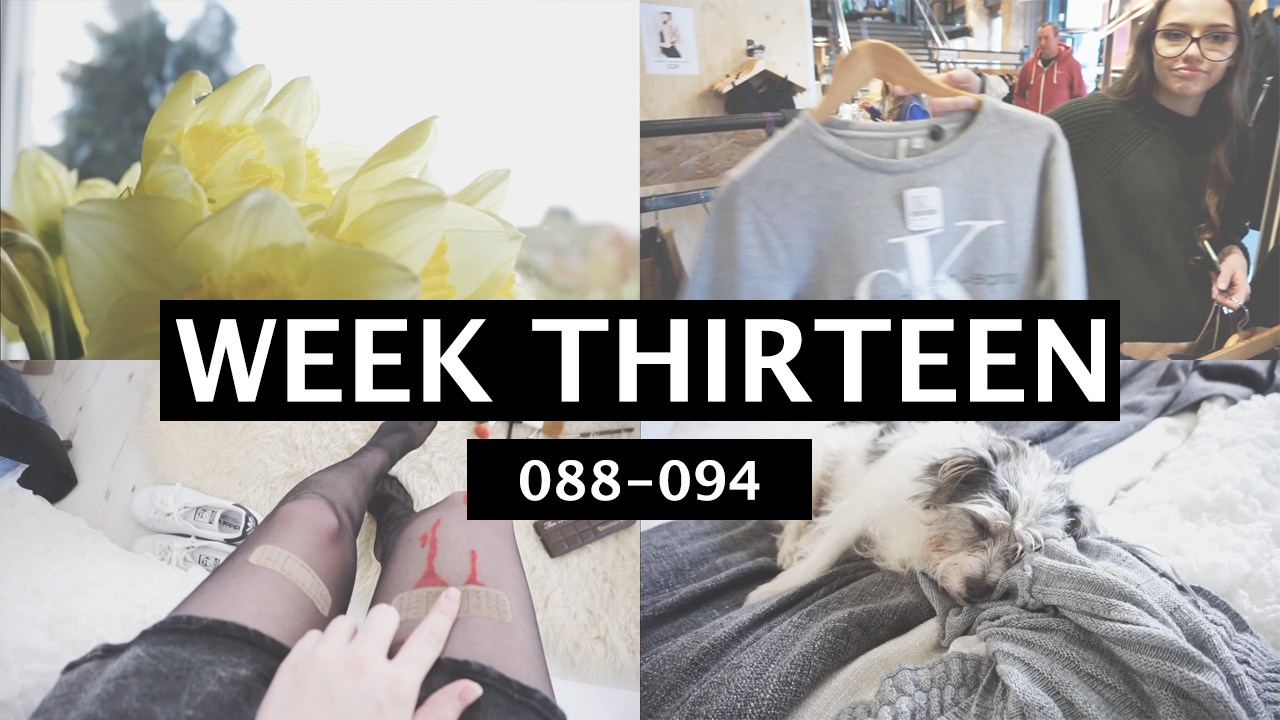 Week 13 was a little big a strange one if I’m honest. Both of my parents had taken the week off from work as it was the Easter Holiday and its really strange! I purposefully hadn’t planned anything because 1, My parents took time off from work to spend time w me and my brother and 2, I am seeing Olivia in wk 14 and wanted to minimise the chance of being unwell by being a couch potato.

Okay, So. Intro over. Lets get on with this.

On Monday I woke up pretty early after going to bed waaaay later than planned! I had decided that I wanted to go to the shops as soon as they opened and go on a little bit of an Easter Egg hunt. I’ve never done this before but I kept seeing people talk about how they can’t wait to get discounted chocolate eggs and I WANTED DISCOUNTED CHOCOLATE EGGS! So I dragged my mum along and we visited Sainsburys, ASDA, M&S and the Co-op. In that order. They only had Easter Eggs in Sainsburys and M&S and the M&S ones – while being half price – were still M&S ones. Aka too pretty to eat. Got a couple eggs though so the egg hunt was a success!
I also had a mcdonalds at 10:32am. Don’t judge me. pls.

On Tuesday I lived up to my spirit animal the slug and did nothing. Nothing except get ready to give my little brother a lift only for my parents to arrive home and take him instead. I woke up with an idea on Wednesday of something that I wanted to do and somehow managed to convince my parents to go to B&Q with me and help me out! I then painted a few things while my dad built the thing I wanted and played along to Pointless on the TV. Thursday was the planned ‘Family Meal’ day of the week. We went to a place that served some pretty great chips and excellent desserts. It was nice to have a hot meal for once! I had my usual and took photos of everyone elses food for possible instagram snaps 🙂 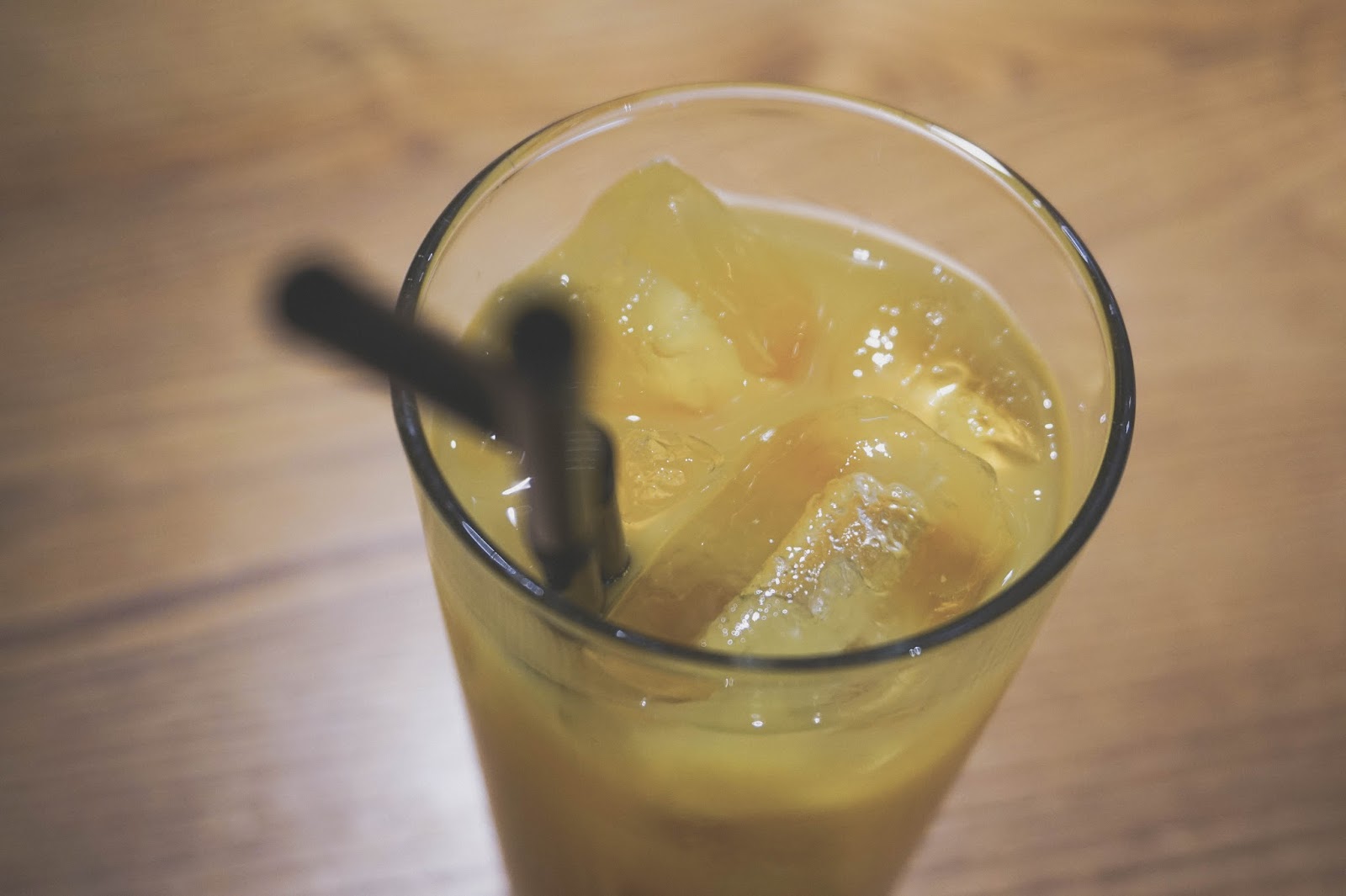 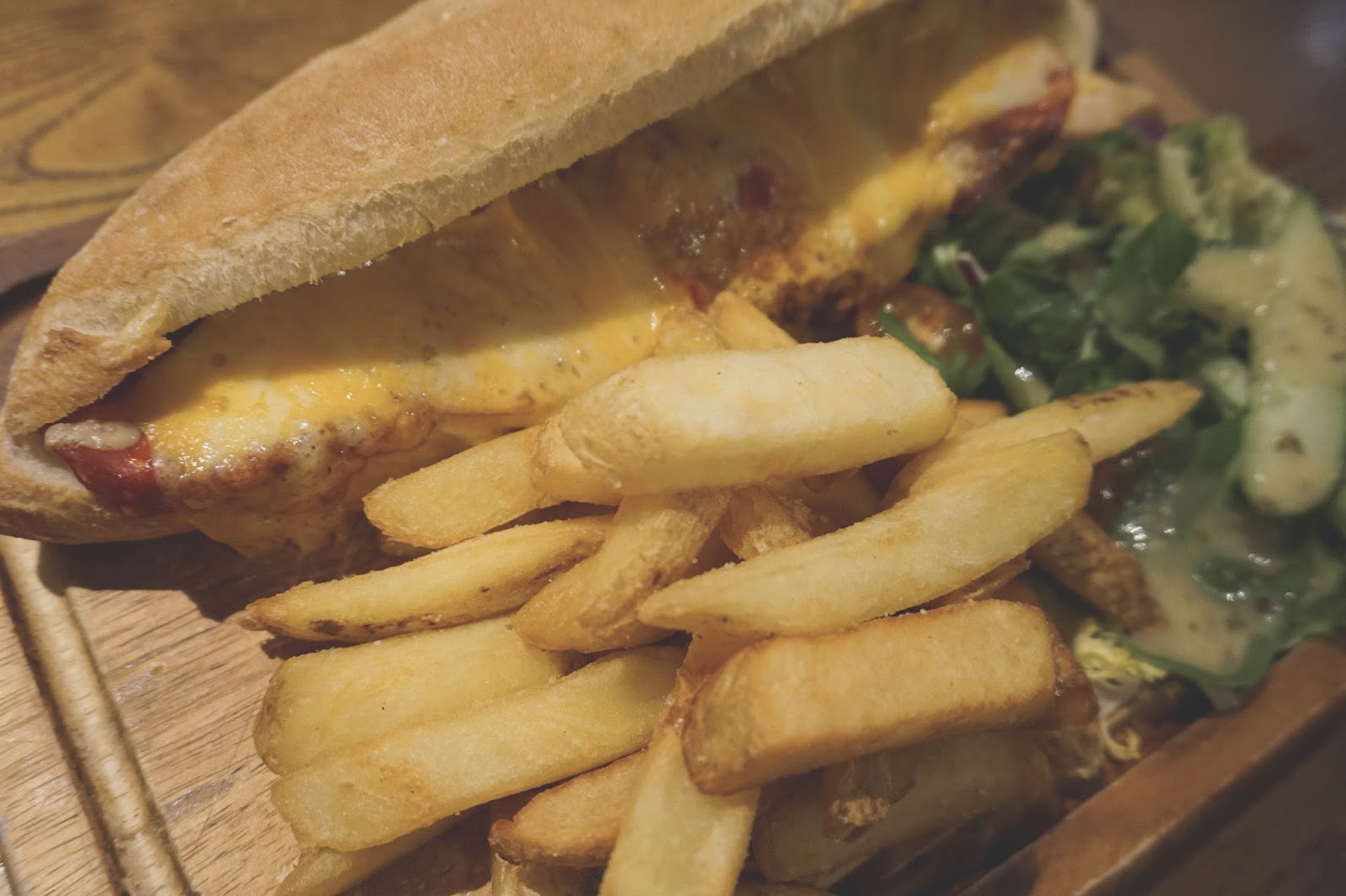 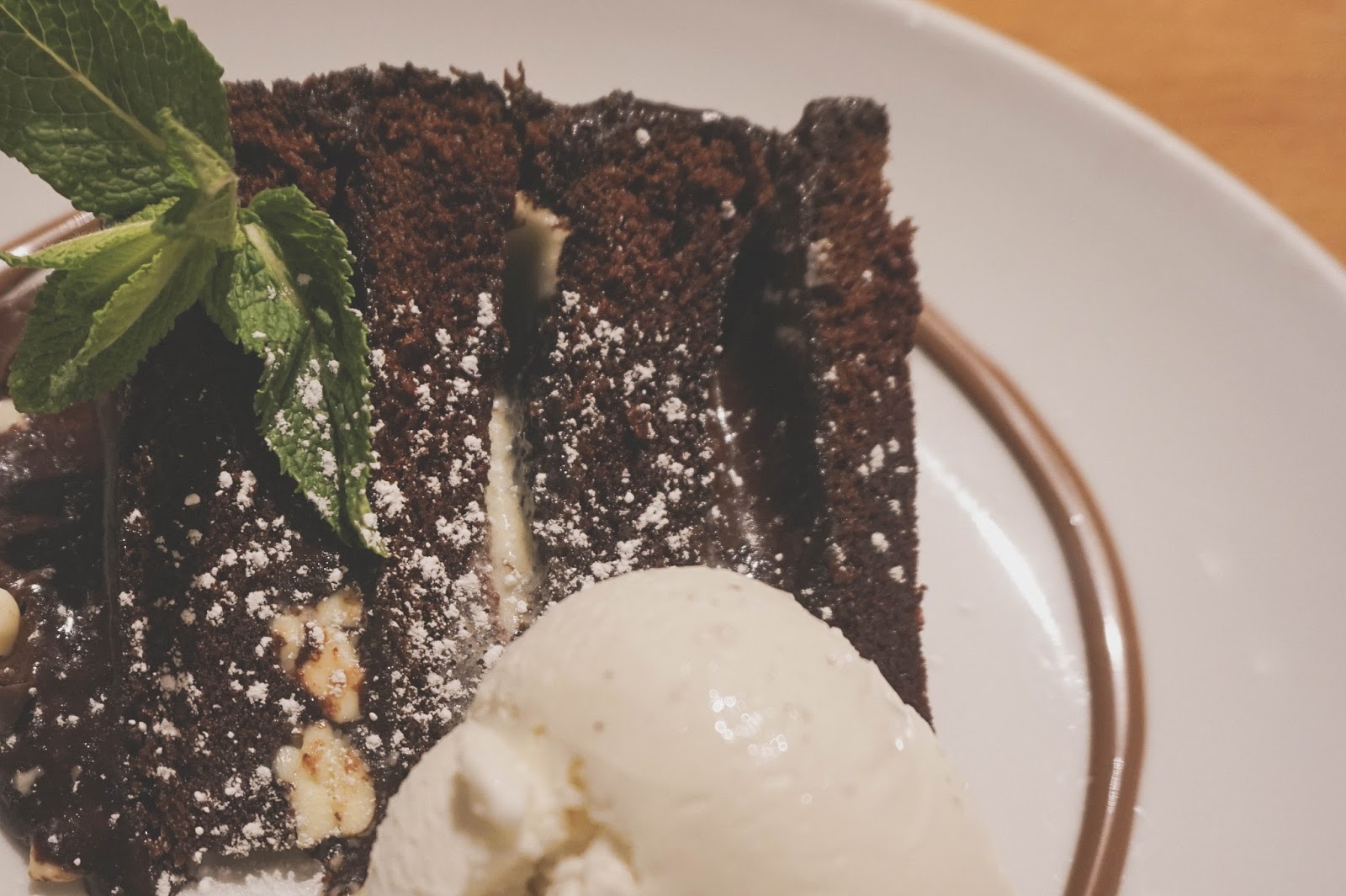 looks nice right!??
I took more but honest to God I am the worst at taking photos. I need help.
The orange juice and ice was great and the chocolate fudge cake was to die for! If I could eat it again, I would 100%.

On Friday I saw Georgia for the first time in we don’t even know how long! She drove and we went into Leicester City Centre. It is terrifying driving through the centre, I was so glad she offered to drive! We didn’t do much apart from catch up, encourage each other to buy things that we *needed* and catch up some more! It was really fun and you don’t realise how much u miss someone until you meet up after way too long. I definitely need to make more of an effort to keep in contact with people!
Gonna write a list after writing this and meet everyone on it within the next three/four months! (gotta be realistic ykno)

If doing less than nothing was possible then that is how I would describe what I did for Saturday and Sunday. Friday, as fun as it was, completely wiped me out and I didn’t want to risk Tuesday. I tried to film some stuff for the vlog tho….I just can’t remember what it is >.>

Ok so that was my week!

I also downloaded Miitomo after a friend recommended that I should and have been playing it pretty much non stop since. Its a little bit like tomodachi life except the only way they are similar is that you use a mii and you can see other miis. The best part is the constant talking about yourself and the miitomo drop game! I am ADDICTED! I need more coins!!
I also rlly like how much I’m learning abt my pals.

Oh! and I also took photos for my DEPOP page!
I spent so long trying to make the lighting consistent throughout the photos and I’m still not happy with them so I’m thinking abt retaking them but for the time being you can check out my depop and buy my stuff if u so wish!

I think thats all I have to say for this week. I really enjoyed having both of my parents home, it was really fun. hope you had a good week too!
–
H