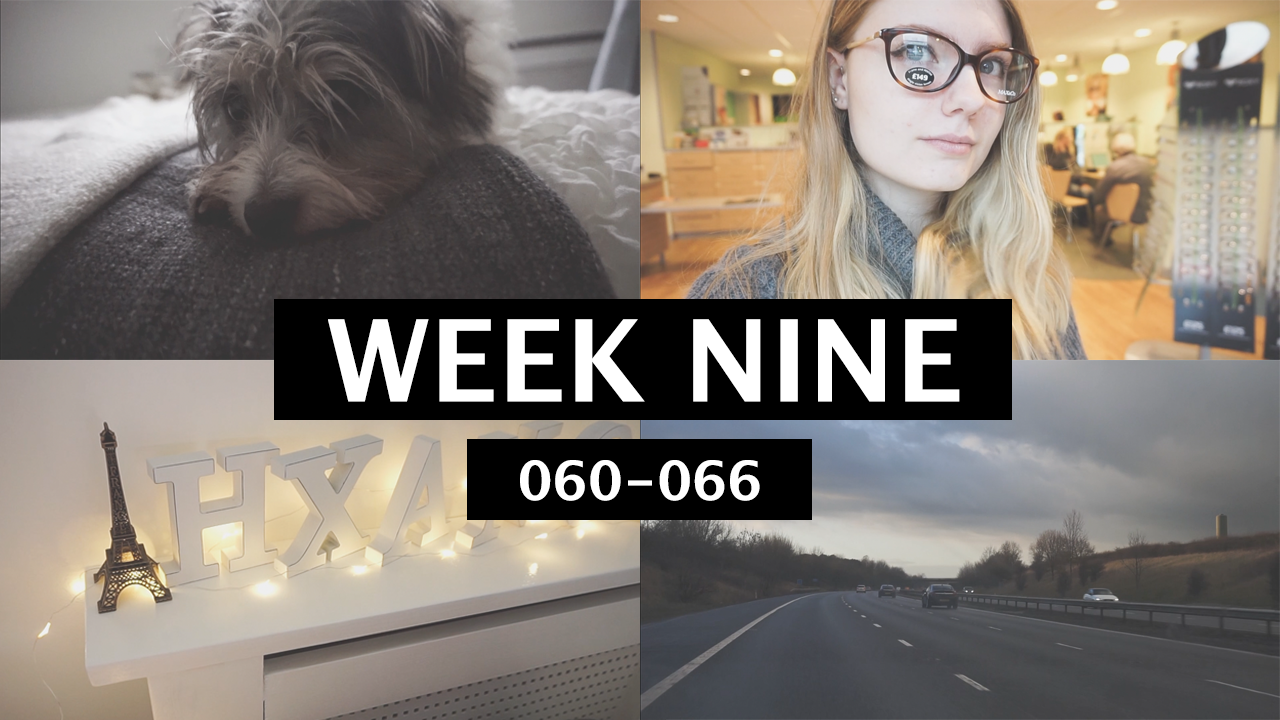 This weeks video is a lot shorter than previous weeks and thats mostly because I had a brain like a sieve. Well that and (you guessed it) I was unwell 🙂 a lot 🙂 🙂

Okay, so, things that happened:
On Monday my radiator cover was finally put back and I wasted no time in putting fairy lights and other stuff on it.
Wednesday I had a doctors appointment and an opticians appointment. Very exciting, I know. My left eye has gotten slightly better in the two years since my last eye test but my right eye has gotten a whole lot worse, which kinda sucks. Finding new frames is really hard work and it always takes me forever to find ones that I like. I usually get two pairs but this time I decided i’d only get one pair and then try to find out if theres any way that I can order a second pair from Zoff. whats the difference between English eye prescriptions and Japanese ones
I’ve wanted super huge round glasses for ages but they don’t exist in England 🙁 the closest I can get to them are the John Lennon style ones which….are too small. I found two pairs I really like and was happy with the pair that I picked, but when rewatching the video I regret not getting the other pair ;;
Friday was a pretty relaxing day and once night appeared my brother and I decided to go to ASDA and get some Mothers Day cards, and a few items that were on the shopping list. ASDA is great…. its our closest shop thats open 24hrs.. its perfect. Shopping at night is 5003% better than shopping during the day.

On Saturday my mum and I decided last minute to go to IKEA to get the last few items I needed to get and apologies if you watched the video, the sun was setting and it was really pretty. Yes you definitely needed a whole minute of video of it. Im 100% sure of it.
Sunday was Mothers Day and just a really relaxing day and we didn’t really do anything out of the usual except for the opening of presents and cards and making many cups of tea.

All things considered, it was a good week – even if there was no new The Blacklist episode. I finished season one of Dollhouse and I’m getting really attached to it which is terrible because its from 2009 and only ran for two (half) seasons. 26 episodes. thats all. I’m now rationing out the remaining episodes and hoping that they planned for it to not be renewed so we don’t get left with any cliffhangers (Im looking at you Emily Owens MD).

Also my computers pretty much filled up and I had to keep deleting things in order to import everything. Guess next thing on the list to buy is an external hard drive…