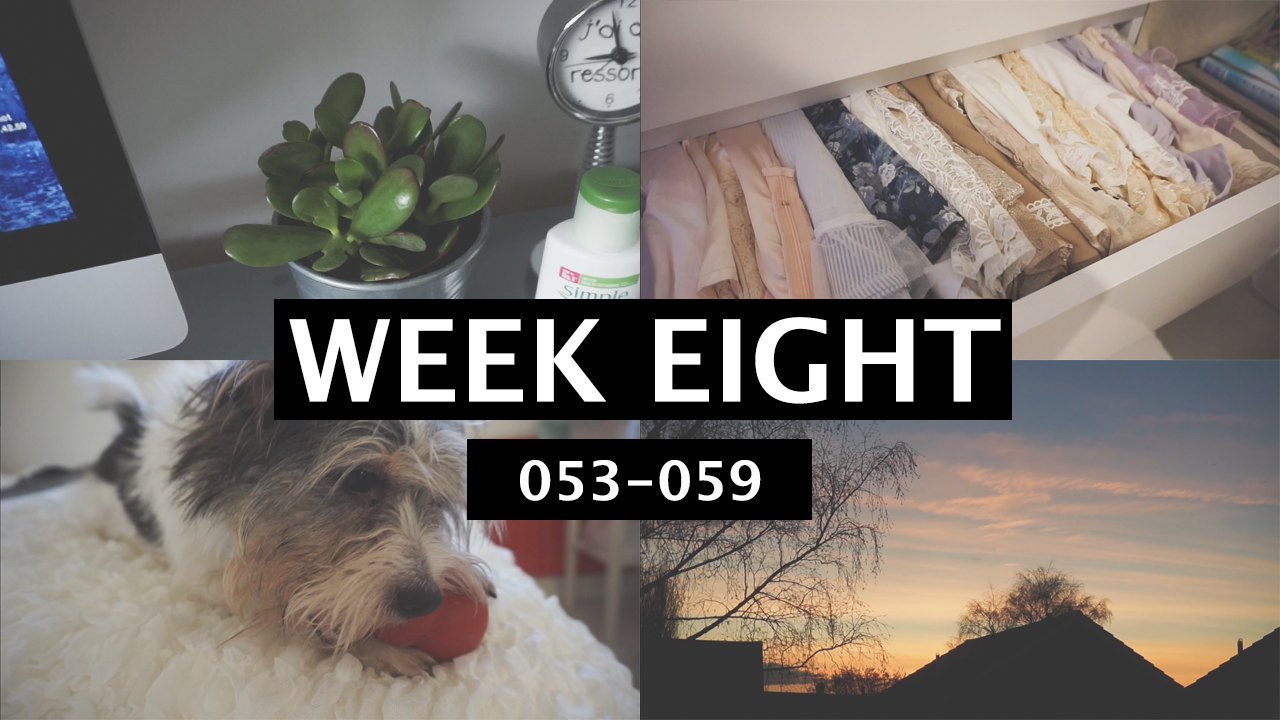 Monday through Thursday I pottered around like a little old person would do in their retirement. I took many photos of the dogs, watched a tonne of television and complained about feeling unwell – except not on camera this time.

I did start unpacking my clothes but I managed to finish a draw before having to stop.

I finished unpacking the majority of my clothes on Saturday and for the most part, I’m really happy with how its all turning out. Though I do have a whole lot more clothes than I remember having.

Somewhere throughout the week I started watching Limitless – the tv show based off of the movie – and I’m midway through the season. Its a good show, well, good for a stereotypical *person helping law enforcement* show and if I’m being really honest… the shows only that good because they totally ripped off the Shawn Spencer character from Psych. I really miss Psych.

It has a decent bunch of actors in it though; a couple from Dexter, one from Cover Affairs and another from Arrow. and the storylines aren’t terrible… they just remind me so much of Psych I end up remembering that Psych is no longer a tv show and get sad.

The bodyguards Mike and Ike are my fav.

If you need a show to watch then you should totally give it a go! Why not. It seems to be staying far away from the srs & dark mini movie effect that most tv shows are going for these days and its very up to date.. although if I hear Brian say “for the lulz’ another time my brain might explode.

I also managed to complete the Mars planet on Adventure Capitalist. Not that huge of an achievement but considering how boring this week has been it was pretty much a highlight. Mars is a very fast planet and you don’t really need any strategy to complete it however the moon takes time and there is a pretty foolproof strategy, that I’m currently using, and its really amazing (I use that term loosely) how much faster things have progressed on the moon compared to my desktop version of the game that I’ve had since december? ish? Earth is completely unbalanced and pretty much impossible to complete and so to give me a little advantage I took advantage of the currency exchange and the fact that I had completed Mars (and therefore had a lot of $) to get 90 mega bucks to change into mega tickets to put a permanent boost on the Earth things.

well.. you would too if you had been too unwell to do anything for the past week. also its not just a mobile game. its a desktop game too.

and that was my week! I really wish I had more to tell you but unfortunately I don’t. I’m hoping to find my ds soon and finally play Omega Ruby / continue playing the Ace Attorney games.

Hope you had a good week!