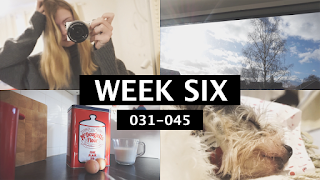 Last week might have been uneventful but this week was even less eventful. I’ve been really unwell, and I know I have said that for the past few weeks in a row but…. i’m just a person who gets unwell really easily. ok.
I seem to have caught a cold and it has been making my life miserable and believe me when I say that I have been complaining as much as possible about it. Thats one great thing about colds, you can complain and people understand. Because they suck.

Its taken a lot of self restraint to not tweet about how miserable I am and “how much snot can one person produce??!??!??” five billion times and thats pretty much the reason as to why I haven’t been very active online.

Despite me being the most unwell I have been so far this year quite a few things have happened!
On Tuesday it was Shrove Tuesday aka Pancake Day and I made some pancakes that actually turned out okay! We always have those remade pancakes as a backup incase my dad doesn’t feel like making pancakes but I didn’t feel like eating those so I gave it a go – and was moderately successful. Although the recipe I used said it made 12 pancakes and I only got 4 out of it………
Wednesday was Ash Wednesday aka the start of Lent! This year I’m giving up cola, crisps and chocolate bars. I feel like I cheated a little bit by only giving up bars of chocolate but my cereal is chocolate-y and I don’t eat enough foods to cut out a whole meal ykno.
Thursday was easily the worst day this year, I woke up in so much pain. It was unbearable. I don’t know how I survived it. Its weird looking back because I was just in so much pain and all I could think was how inconvenient it was because I had a dentist appointment later that day. I ended up having to call my mum and she had to leave work earlier than planned. it feels so stupid saying that now lol
Getting to the dentist was a complete ordeal of its own, especially because I couldn’t cancel as I’d broken the wire. I don’t even wanna talk about it.
On Friday I was feeling a little better, which to me was huge and I automatically wanted to do everything because I could move around without wanting to throw up (my life is wonderful) and as my mum had taken the day off work to make sure there was a repeat of the day before she decided to start filling in the holes in my room and painting the walls. Which meant I had to go…. to my Grandmas house. Later that day I messaged a friend and begged them to go and get ice-cream with me because my teeth hurt.
I spent the whole of Saturday catching up on tv shows and asking my parents if they wanted any help painting (they didn’t) and my Sunday was a slightly more lazy version of the Saturday. I watched a really weird movie called Butter which has the guy out of Modern Family and Alicia Silverstone in it… wouldn’t reccomend.

My room is looking pretty good and theres only a few more things we have to do before it is finished! I still only have half an idea of how I want it to look so I really just hope that it looks okay.
I hope you had a great week (and a super awesome Valentines Day!♡)